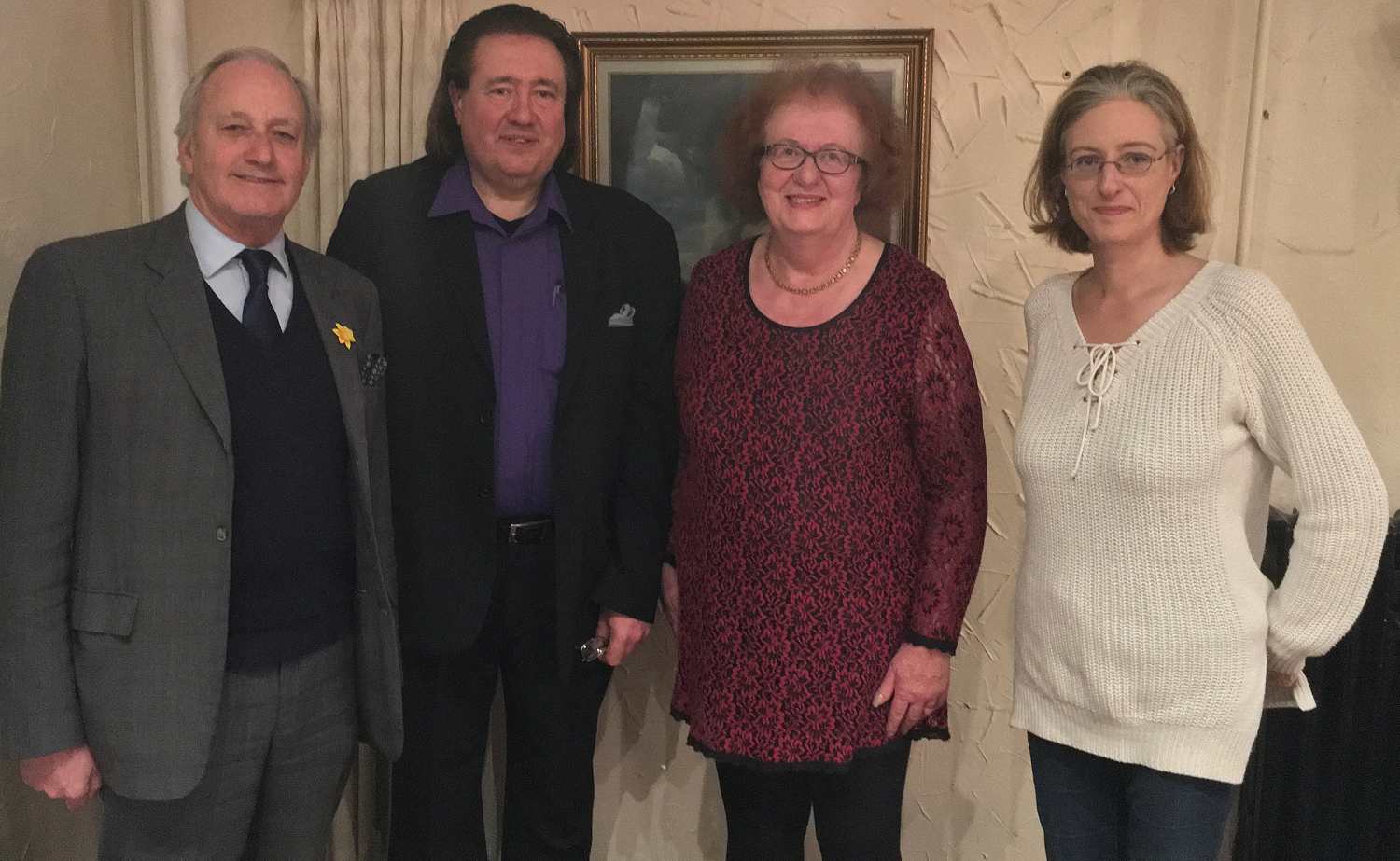 Two former Conservative Colwyn Bay councillors will contest seats for UKIP in the Conwy Borough County Council elections in May.

David and Lindsay Griffiths, currently both members of Colwyn Bay Town Council, announced this week that they are no longer members of the Tory party.

The two councillors, who represent Llandrillo yn Rhos and Eirias wards, said they were now looking forward to representing UKIP in the area.

Neil Hamilton, UKIP Group Leader in the Assembly, and North Wales AM Michelle Brown, met with David and Lindsay last week and warmly welcomed them to UKIP.

“I am delighted they have decided to join the party and share our hopes and ambitions for the future in Wales.

“I fully understand their frustration with the Conservatives, in particular with their divided attitude to Brexit, which offers such hope for Wales.  I wish David and Lindsay good fortune in the forthcoming county council elections and we in UKIP look forward to working with them in the future for the benefit of local people."

“It was great to meet David and Lindsay.  I know they will be an excellent addition to the party and will certainly help to spread our message in Wales.

“I am delighted to welcome good strong candidates who care about their constituents and know what is best for their area.”

David Griffiths said that there were several reasons for joining UKIP and, as local co-ordinators for VoteLeave, they had been impressed with the determination and ambition of the party.

“It is clear that the future lies with a Party determined to keep the nation state, its heritage, heart and culture and which embraces all races and creeds.

“Locally, the effects of the EU have produced a fragile economy and the Plaid Cymru Leader of Conwy County Borough Council even faced legal action for failing to pay his own Council Tax.

“Both Lindsay and I look forward to the freedom to work with others in the area to set up a framework for UKIP local government in Wales, using both modern and traditional means of communicating our message.

“From what we see and have experienced of UKIP, members are much more involved in local decision making processes.  The members are valued whereas, in the local Conservatives, many members feeling isolated from the heart of the Party.

“I believe there are many in the local Conservatives looking for the freedom UKIP offers.”

In her resignation letter to the Conservative Party, Lindsay said:

“The Conservative Party locally is clearly not ready for a newly free Britain, despite the best efforts of its Brexiteers.   We look forward to working within UKIP to increase local council representation and expand our AM base in Cardiff.

“This is our opportunity to take our country back from the bureaucrats and all work together in a truly independent Britain that reaches out to the whole world.”

He is UKIP (formerly Conservative) Councillor for Llandrillo yn Rhos Ward, on Bay of Colwyn Town Council, Chair of the Policy and Finance Committee and Vice Chair of Theatre Colwyn.

Lindsay was born in Glasgow and has a MAHons from St Andrews University, in Ancient History, Greek, Latin and Moral Philosophy.

She was former Head of Classics at Queens School Chester having previously taught at Gordonstoun, Scotland, The High School of Dundee and Jedburgh Grammar School.